skip to main | skip to sidebar

A Great Place to Visit!

Weston Shore Park runs adjacent to Southampton Water from the Sailing Club in Victoria Road, Woolston to Abbey Hill, Netley Abbey. It consists of green open spaces, woodland and coastal paths. There is something for everyone in the park; you can fish, watch the birds and shipping on the water, take part in water activities, exercise, play or simply relax and enjoy the sea air and views.
WHY NOT COME AND TAKE A LOOK?

To find out more about Weston Shore Park visit: www.westonshore.org.uk

All about the Park

Weston Shore Park is a large site, which including Westwood Woodland Park, covers over 50 hectares, it as several distinct areas, which make the park such an interesting place to visit.  In 2009 it gained a prestigious "Green Flag", which is awarded to only the best green open spaces in the country, for then first time and successfully retained it for 2010/11. Starting at the far west entrance to the park, Southampton Sailing Club, Victoria Road, Woolston the features are as follows: 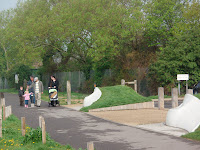 Coastal Section - This stretches the entire length of the park and as several seating areas and four shelters, built in the 1930's, where you can relax and watch the activities on Southampton Water.

Rolling Mills - A relatively flat grassed area used for recreation, particularly popular for kite flying because of the breeze from the water and dog walkers . Any special / community events are held in this area. 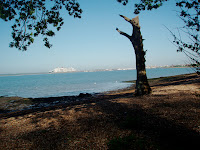 Pitch and Putt - The nine hole course, managed by Southampton City Council, is open from April to September. Adjacent to the course is a modern toilet block and carpark and a public slipway.


Salt Marsh Reed Bed - This area was recently landscaped and silt removed to produce an area of wet land; allowing it to return to it's original natural state. Birds and other wildlife are also returning to the reed bed. 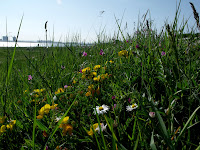 Wildflower Meadow Section -  Formerly used for landfill, it therefore as the mounds typical for such an area. Towards the eastern end there is a children's play park and a "cage" for ball games. Following on is an area, which has recently been terraced, giving views across the park, Southampton Water and  Docks beyond. 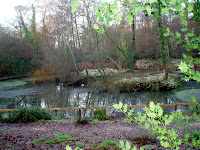 Westwood Woodland Park - Stradles the boundary between Southampton City Council and Eastleigh Borough Council and is managed in partnership with Hampshire County Council's  Countryside Rangers. It is an area of mixed woodland and rolling hills and grassland. There are spectacular views from the top of the hills across wide parts of the city, Southampton Water and towards the New Forest. Just inside the entrance, off the carpark, is Weston Adventure Playground (which is supervised).
For further information about Westwood click here

Abbey Hill - This is the most eastern end of Weston Shore Park, adjacent to Weston Sailing Club and consisits of a large sloped grassed area overlooking Southampton Water.

Are you intereted in the development and improvement of the Park and want to be able to influence future plans?

For more details of how you can help and the part that you can play phone:

Other sites that may be of interest